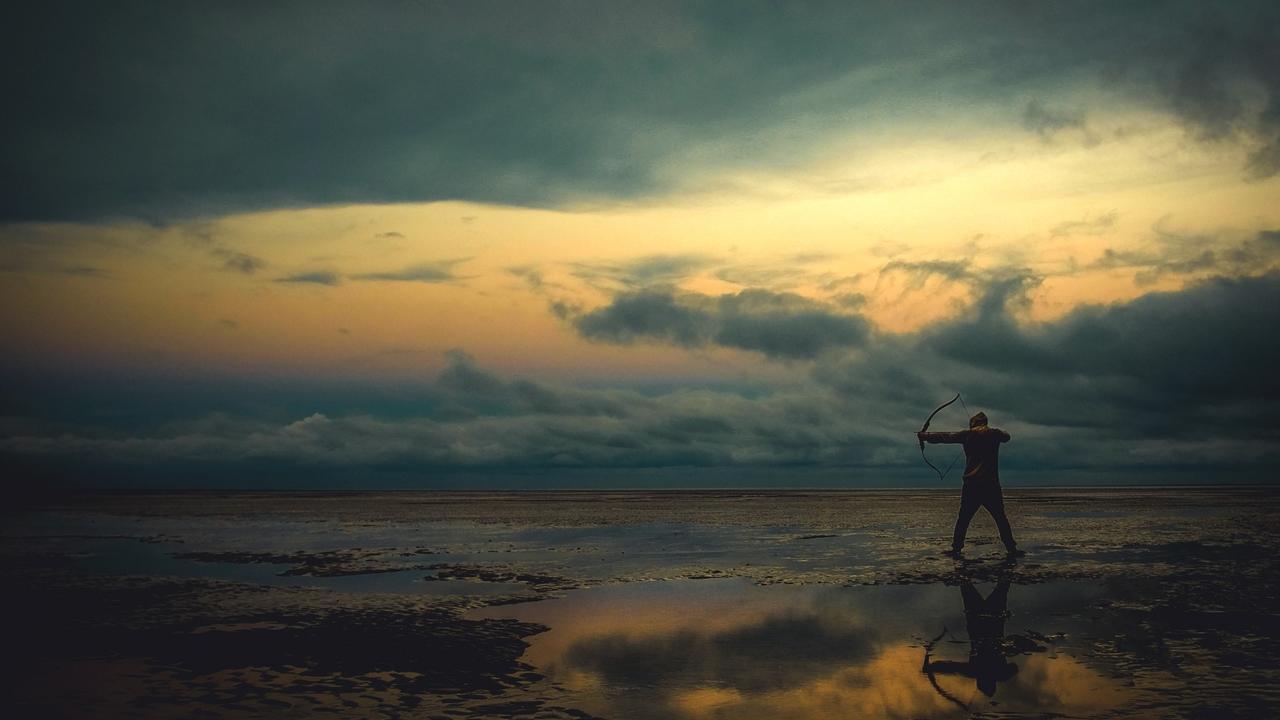 "One’s ultimate aim is to do all in one’s power to shoot straight, and the same applies with our ultimate goal." - Cicero

What is the goal of the archer who steps onto the field, notches her arrow, draws it back, and takes aim at the target?

Most assume that the goal of the archer is to hit the bullseye. For some archers, that may well be. But not for the archer whose aim is to excel. That archer's goal is to put forth her best effort.

"Happiness and freedom begin with a clear understanding of one principle. Some things are within our control and some things are not." - Epictetus

She understands and accepts that while she does not ultimately control the outcome of that effort, she does has agency over her aim and her effort. The aim matters far more than the target. The point isn’t to make a perfect shot, but to make the shot perfectly.

Missing the bullseye doesn't upset her and hitting it doesn't inflate her ego. She chose her aim and made her best attempt. That's the extent of her power in that moment.

The archer who seeks excellence and equanimity over achievement and acclaim chooses the best equipment she can afford and maintains it. She trains and practices diligently. She takes care of her physical, psychological, and spiritual health. In short, she attends to what she can attend to when and while she can.

On the field, the conscientious archer aims for the bullseye, of course. But what happens after the arrow is released is not up to her. Hitting the bullseye is preferred, but it is not her ultimate reward. The aim and the effort is the reward.

What are you aiming at today? Is it worthy of your time, training, and effort?

Choose your targets with intention. Endeavor as best as you are able. Then, accept the results fate provides. The rest takes care of itself. You will learn and live to aim better another day.

"It is to shoot straight that one must do all one can; none the less, it is to do all one can to accomplish the task that is really the ultimate aim. It is just the same with what we call the supreme good in life. To actually hit the target is, as we say, to be selected but not sought." - Cicero

Learn to trust yourself, see the silver linings in your situation, and step into your potential in the difference only you can make.